Reflections on the Election (November, 2008) 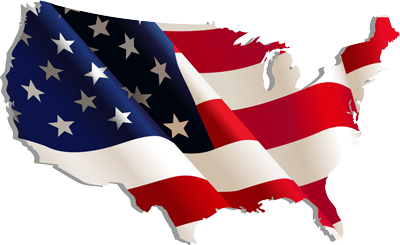 The sentence is by the decree of the watchers, the decision by the word of the holy ones, to the end that the living may know that the Most High rules the kingdom of men and gives it to whom he will and sets over it the lowliest of men.

Summary: (NOTE: This Sermon was delivered/by Dr. Foley Beach on November 9, 2008 immediately following the initial election of Barack Obama as President of the United States. While this Sermon was delivered more than seven years ago, its thesis that “God is right in the middle of our elections” is based on Daniel’s interpretation King Nebuchadnezzar’s dream: “the Most High rules the kingdom of men and gives it to whom he will and sets over it the lowliest of men”. America is now beginning its election cycle on 2/1/2016 in Iowa that will culminate in the election of a new President on November 8, 2016. Dr. Beach’s message from 2008 is just as relevant today as it was seven years ago.).

“Where is God in all of this”? We were so engaged in prayer leading up to the election that it’s hard to believe that God was not involved in this election. God was and is in the middle of this election and our country’s governance just as He was in the time of King Nebuchadnezzar’s vision and Daniel’s interpretation (Daniel 4:17 ESV).

“Someone asked me: ‘How could God allow a pro-abortion president’?”. At this time, we cannot answer this question, but God can and does use anyone in His plan for Salvation that begins in Genesis and ends in Revolution. In Isaiah 55.9, God reminds us: “For as the heavens are higher than the earth, so are my ways higher than your ways and my thoughts than your thoughts.”.

Every person in leadership is flawed to some degree. “If He can use me as His minister of the Gospel, He can use anyone”! King Cyrus was a great sinner and a bloody pagan, but God called him by name to be His servant. Look at Alexander the Great, another true pagan who was bloody, brutal, and bisexual; and yet, God used him to build a common language and roads, like the Via Morris highway which connected Europe to Africa and was located next to Capernaum where Jesus set up His base. Therefore, this road literally paved the way for the coming of the Messiah.

The election of Lincoln is another example God’s sovereignty. He used Lincoln to hold the nation together in spite of Lincoln being hated on all sides. It is often said that God gives us the government we need or the government we deserve — it is too early (I.e. in November, 2008) to know which path has now been chosen for our governance.

(NOTE: In the conclusion of his Sermon in 2008, Dr. Beach set out four things that Christians should be doing, after the election, that are most relevant today as we enter this 2016 election cycle.)

“The most high God is Sovereign over the kingdoms of men, and He sets over them anyone He chooses.”